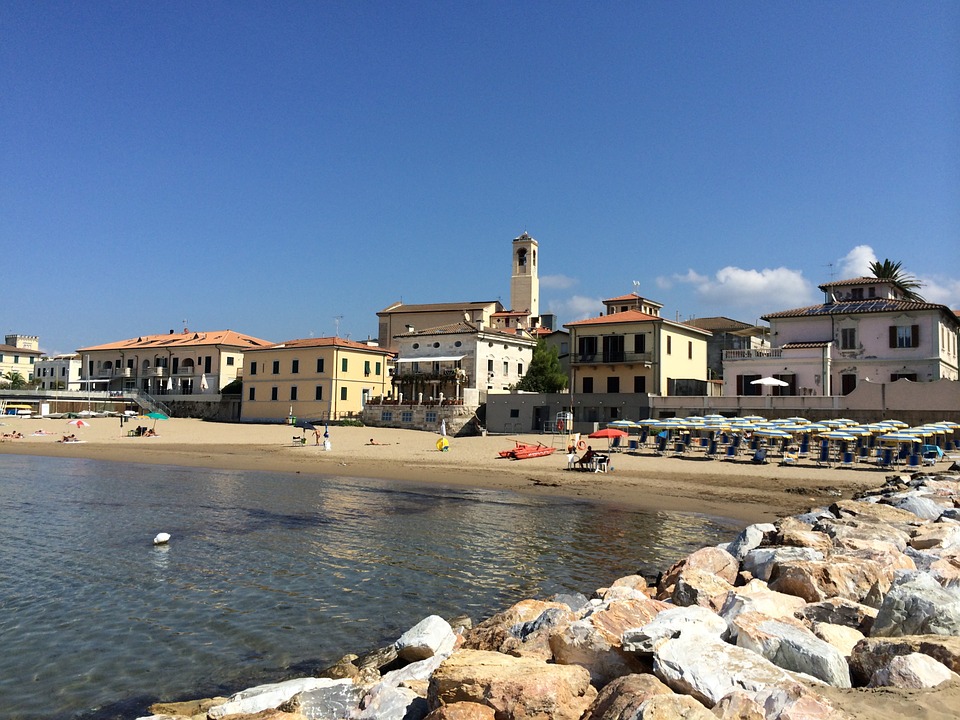 San Vincenzo, which has been awarded the Blue Flag for the cleanup of beaches and water since 2006, has become an increasingly prominent position amongst the coastal tourism resorts of the Livorno coast. The newly constructed marina has led to a renewal of the town’s physiognomy culminating in the construction of the impressive “Sailor’s Walk”. The route runs along the harbor and stretches out to sea and is accessible to pedestrians and cyclists both day and night. At the top of the promenade stands the impressive sculpture of Giampaolo Talani, which, together with the Church’s frescoes, is one of San Vincenzo’s cultural attractions. The town rises in a position of undeniable natural and historical interest: behind its back are the fascinating Metallifere Hills, crossed by various hiking trails, while to the south stretches the Park of Rimigliano, a vast range of free beach and pine forest enriched by areas for picnics. The Etruscan centers of Baratti and Populonia are not far away and are equipped with an archaeological park particularly appreciated for the lab activities organized by the staff. The proximity to the major Tuscan art cities, such as Livorno, Pisa, Florence, makes it possible to organize cultural excursions.