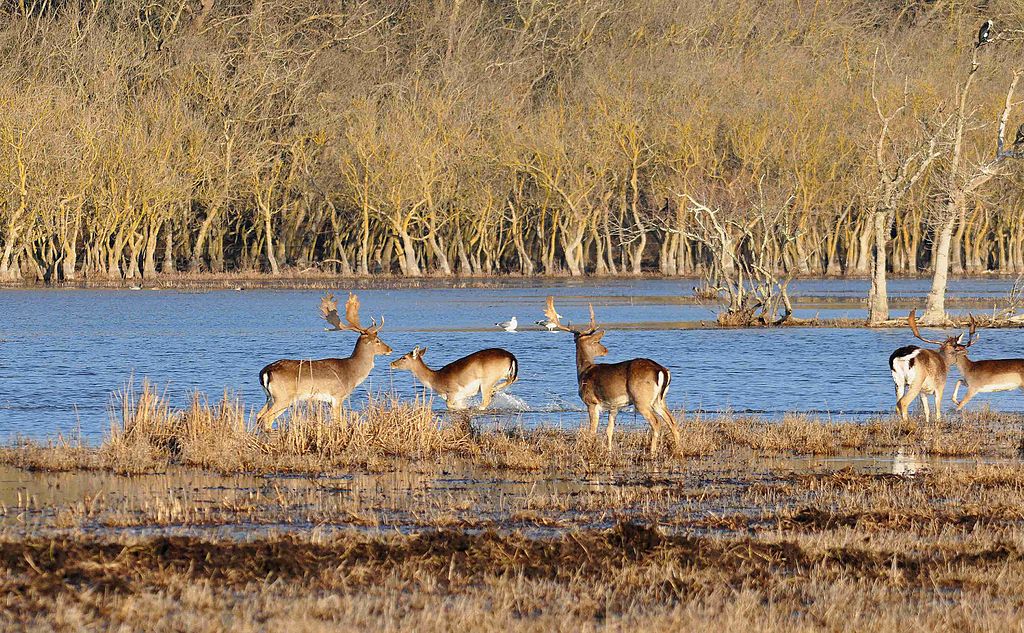 The Oasis of Bolgheri was the first Italian private wildlife oasis created by Mario Incisa della Rocchetta in 1959. An area of about 80 hectares of marsh and surrounded by 440 hectares of flooded forest, wet meadows, pastures and cultivated fields.

In 1966 with the birth of WWF Italy, the Oasis became, in conjunction with the Oasis of Lake Burano, the first Italian WWF Oasis.

The appearance is that original Maremma coast with fresh water ponds and flooded forest; the coastal forest separates the ponds from the beach.

In winter you can see the flights of species such as the Mallard, the Eurasian teal, the Eurasian wigeon, the Gadwall. Very important is the winter presence of Wild Goose, symbol of the Oasis, which makes the marsh one of the most important wintering points for this species in Tuscany.

Numerous are the Common Snipe, the Heron, Western Marsh Harrier. Since 2008, the Oasis has hosted a couple of White Stork that had been absent in Maremma for 200 years.

Among the mammals that are in this area there are the Roe Deer, the Fallow Deer, the Wild Boar, the Crested Porcupine and the Fox.
There are many species that the Oasis of Bolgheri hosts and there are many places to explore inside.